You are here: Home / Origin

WE IMPORT MAINLY FROM THE FOLLOWING CONTINENTS

Our lamb, mutton and beef come from New Zealand, a country of about 26.8 million hectares in size, spread across the North and South Islands. From North to South, New Zealand is about 1,600 kilometres long, and approximately 450 km wide from East to West. The country is home to a population of over 4 million people, 35 million lambs and sheep and about 1 million cattles. Roughly 3 million people live on the North Island, and 1 million on the South Island. The human population has increased slightly over the past few years. In 1980, there were 3.5 million people, compared to 70 million lambs and sheep. Approximately 70% of the population has European roots, coming mainly from the United Kingdom, Germany and Ireland, but there are also those from South Africa, for example.

The New Zealand slaughtering season starts in October and ends in September the next year. Recent years have seen shorter slaughtering seasons, one of the reasons being the decreasing number of livestock. While the season lasts until late September, the number of lambs slaughtered from July onwards is very low. The first lambs, slaughtered in November, are about six months old up to a maximum of nine months. From November until March/April, sufficient lambs are slaughtered to meet the demand for fresh and frozen meat, but numbers decline sharply after that, and new production becomes more important. It is key, therefore, to secure a sufficient supply of New Zealand lamb in good time, which is why we have enough in stock for our customers.

Lambs, sheep and cattle in New Zealand are all free range and are not given any additional feed. The New Zealand meat we supply is 100% natural and grass-fed. 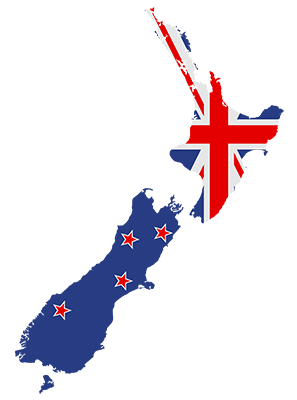 Australia Located on the southern hemisphere existing of the Australian mainland and a large amount of islands in the Indian ocean and the pacific in which Tasmania is the biggest island. Plays an important role for the delivery of a big part of the import of the meat to Europe. Australia is 240 times bigger than the Netherlands and has less than 22 million citizens. Australia has a stock of cattle that is bigger than the amount of citizens. Australia is located north west of New Zealand and south of Indonesia, East Timor and Papoea-New-Guinea. The country has an surface of 7.6 km2 and is with that the 5th biggest country in the world surface wise. The biggest part of the approximately 22 million citizens lives in and close to the big cities as, Sydney, Melbourne, Brisbane, Perth and Adelaide. Australia gets its name from the alleged continent Terra Australis incognita, and was inhabited thousands of years ago before it was discovered by Europeans. 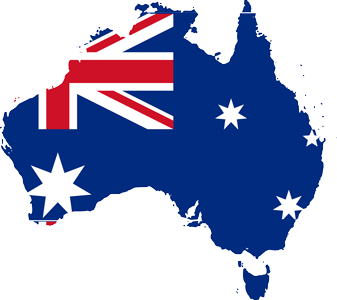 Canada is a country in the north of North America. In the south it is bordered by the United States and in the east by the Atlantic Ocean. The western border is formed by the American state of Alaska and the Pacific Ocean, and in the north is the Arctic Ocean. The capital of Canada is Ottawa and the largest cities are Toronto, Montreal, Vancouver and Calgary Canada with an area of 9,964,670 km² on Russia after the largest country in the world.

The name Canada is derived from the Indian word kanata, which means settlement. The country was inhabited for thousands of years by Indians and in out before it was explored and colonized by the Europeans, especially French and English, from the 15th and 16th centuries. France lost its colony of New France to the English in 1763. In 1867 four English colonies formed the Canadian Confederation. With the Statute of Westminster in 1931, Canada gained more autonomy within the British Empire, and it was not until 1982 that the Canada Act also formally made it completely independent from the United Kingdom.

Canada is a federal state with 10 provinces and 3 territories and a parliamentary constitutional monarchy. The head of state of Canada is Queen Elizabeth II, represented in Canada by the governor general while the head of government is the prime minister. It is a bilingual country where both English and French have an official status. 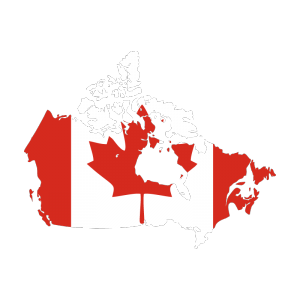